In interesting interviews, our consultants provide unique insights into their profession. Today we meet Zhenran Xu (26): The chinese real estate agent knows his trade and what is important in the relationship with his clients. He talks to us about the international reputation of real estate in Germany, valuable characteristics of a real estate agent, as well as the city of Berlin as currently the most popular metropolis among prospective Chinese buyers.

EverEstate: What is your background?

Zhenran Xu: I became a real estate agent because my parents wanted to invest in Germany two years ago and appreciated the prospects of the Berlin real estate market. I got to know this huge market and was fascinated by the possibilities when I helped my parents find an apartment. That's why I started working in customer management for a real estate company right after graduation. But that didn't satisfy me. Because I always found working as a real estate agent promising, I changed my field of responsibility without further ado.

What brought you to EverEstate?

Apartments in Germany are highly sought after by the Chinese. What exactly makes the German real estate market so attractive from the point of view of a Chinese buyer?

Zhenran Xu: For one thing, buying an apartment in Germany represents a high investment value. The prices of German real estate are rising steadily and as a long-term investment, its value retention coefficient is high. Taking Berlin as an example, the annual price of new houses will increase by 18.5% in 2021. Compared to Chinese real estate, Germany yields a higher rental yield. Germany's major cities are densely populated and demand for rental housing is high. Germany also has a lower lending rate than China. Foreigners can usually get 50% and 70% loans. Currently, the average annual interest rate for a 15-year loan term is about 2.6%.

What characteristics are crucial to be successful in your profession?

What motivates Chinese people to buy their own apartment?

Zhenran Xu: In China, home is the foundation of a family. Having an apartment means that the family has roots. On the other hand, if you merely rent an apartment, you always feel insecure. This is the inheritance and continuation of a long-standing ideology of the Chinese people. However, apartments are also seen as a reserve of risk. In addition, the place of residence depends on which school the child attends. If the child is to receive a better education, an apartment near a good school must be purchased. This is because the allocation to the school is based on the place of residence. Therefore, housing and education are inseparable in China. That doesn't sound fair, but unfortunately it is.

Why is Berlin a special focus for many buyers?

The Berlin real estate market is thus considered the hottest place in the country. What standards are buyers looking for in terms of square footage, neighborhoods, and amenities?

Zhenran Xu: Chinese buyers pay attention to the floor plan of apartments. In general, it can be said that Chinese prefer a relatively square apartment floor plan. Due to their living habits, they also appreciate bathrooms and kitchens with windows. For the environment of a property, educational resources and greenery are of high importance. When it comes to owner-occupancy, the surrounding area should preferably be a traditional residential area; when it comes to investment and rental, commercial space is important. Traffic is also an important indicator.

Which Berlin neighborhoods are particularly popular at the moment, and why?

Zhenran Xu: Charlottenburg and Wilmersdorf are particularly popular. According to annual data, the vast majority of Chinese live in these two districts. This is mainly for the following reasons: compared to East Berlin, these two districts are quiet and livable, and there are many traditional residential neighborhoods. Educational resources are concentrated in the west, where three universities are located, as well as many international schools. For historical reasons, many Chinese immigrants came to Berlin in the last century and settled in these two districts, so Chinese restaurants and Asian supermarkets can be seen everywhere in these two districts. As a result, life is more pleasant for Chinese in both of these districts.

Which projects at ZEE are particularly popular with Chinese people and why?

Zhenran Xu: As mentioned above, Wilmersdorf and Charlottenburg are very popular areas for Chinese, so projects in these two areas like "CityAue" are coming up among Chinese. Of course, real estate is not only seen functionally, but also represents an investment. Therefore, "Upside" and "Pure" are also very popular choices for many Chinese investing in real estate in the economically growing East Berlin.

What tips do you have for aspiring real estate agents?

Zhenran Xu: As a real estate agent, the first thing is to understand customers' needs, which is especially important when communicating with customers for the first time. The second point is to build up enough experience, get in touch with a variety of customers and not be afraid of failure. The third point is to follow the investment market, whether it is the real-time credit situation or the market situation of real estate prices, etc., in order to better advise customers.

Zhenran, thank you very much for the interview! 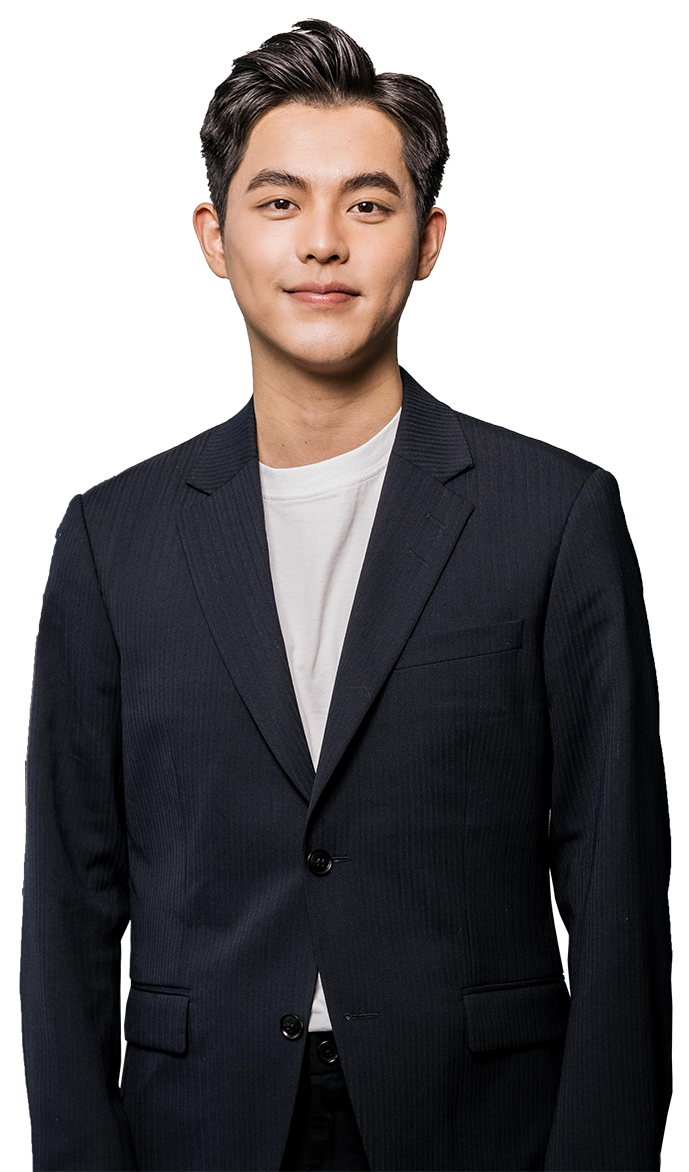